Having already fallen a couple months behind schedule as of earlier this year, the forecasted timing to reach the “substantial completion” of construction for San Francisco’s $2.3 billion Transbay Transit Center building and rooftop park (a.k.a. the Salesforce Transit Center and Park) has slipped anew and is now threatening its expected opening in March of next year.

While construction of the Transit Center building itself was originally expected to be substantially complete at the end of this year, the latest forecast to reach substantial completion is now the middle of March 2018. And the expected completion date for the transit center’s rooftop park has slipped from early February to March 26 at the earliest. 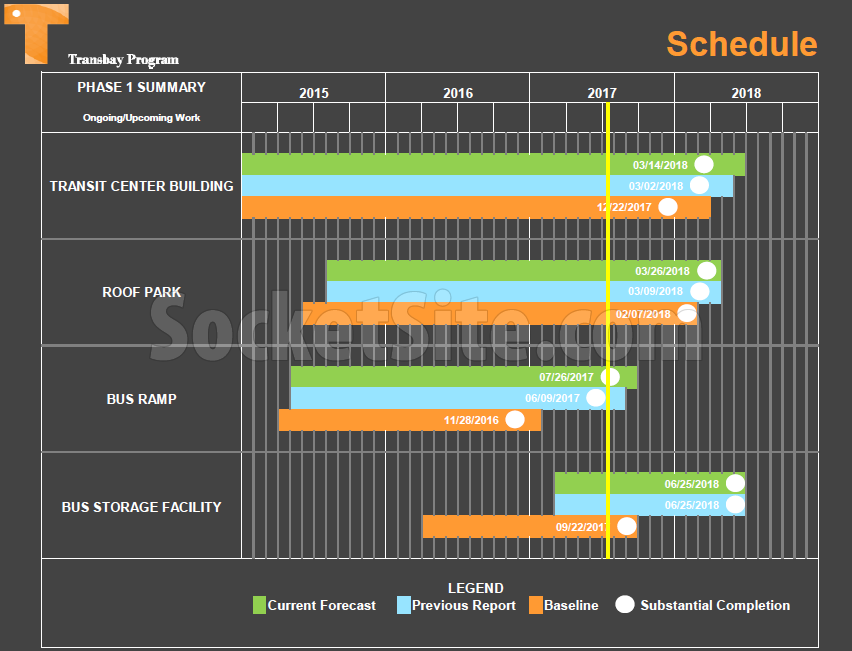 And of course, the latest timing, which is to be presented to the Transbay Transit Center’s Cost Review Committee in a special session later this week, and $2.3 billion budget are for the first phase of the transit center only (which doesn’t include any train service or downtown extension of the rail lines).